الرئيسية / Saadia Mafreh articles in English / The Gulf is not oil, and oil is not disgrace 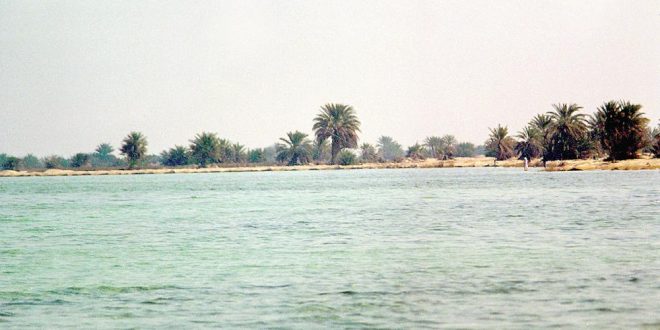 The Gulf is not oil, and oil is not disgrace

Youssef Zidane, a writer and novelist, was obliged to return to the traditional logic of some Arab intellectuals with regard to their views of the Gulf and its people, when he wanted to praise the Sultanate of Oman, which apparently dazed him during his recent visit and forced him to change his impression that angered most of his Omani and GCC fans.
Zidane asked his Omani escort to comment on the cultural interaction with the seminar where he lectured on “the role of heritage in the formation of contemporary consciousness.”
During their conversation, Zidane asked: Are you actually an oil producing country? Here Zidane exposed his limited view of what he calls oil countries when he said it with astonishment!
Certainly, Zidane knows that there are many countries that produce oil in the Arab World, but what he meant was a Gulf oil-producing country.
He was amazed to find intellectuals in the Gulf who could keep up with him intellectually and discuss matters at his level of maturity.
Since the discovery of oil in the Gulf countries, Gulf people have been living with the complex of oil that they passed on to other Arab brothers from outside the Gulf.
For many decades, we have been carrying that complex on our backs sheepishly. Like thieves, we sneak into culture and arts forums through the window and sometimes through the rear door as if we do not deserve access through the
main door.
We have partly accepted this theory at one time for many reasons, the most important of which is insufficient non-proliferation of media to promote the achievements of the Arab Gulf people compared to their brethren in other countries with the difference in nature of those achievements.
The strange insistence of many yet is to deal with Gulf intellectuals with the same previous outlook, which is often depending on glamorous comparisons in form but empty in content.
Most of the Gulf countries have succeeded, to some extent, in investing their oil wealth into intellectual pursuits. We are talking here about things that contain both form
and substance.
However, in spite of all the ongoing and tireless efforts on this front, we are so accused that many Arab intellectuals still perceive us with an inadequate and unjust “Orientalist” view.
Yes, according to that view, the Gulf countries remain just for organising cultural and artistic festivals where only our Arab brothers are attendees and lecturers.
We set up literary awards with astronomical figures to be won only by our Arab brothers.
We publish a respected series of books written only by our Arab brothers.
We publish fancy magazines and publications where all pages are occupied by only our Arab brothers.
We build fancy theatres only for our Arab brothers to act and sing.
Of course all of this is accomplished with oil money, which is considered, by our Arab brothers, a curse that hit the Gulf and its people!
For many decades, we, the Gulf people, have been really convinced about this curse so that we felt ashamed of our oil.
Some of us wished that it was never discovered or if we could return it back to its wells so that our Arab brothers are pleased with us
and accept us as human beings before oil and stone.
Today, our intellectual and cultural achievements are equivalent to our Arab brothers by current measures.
Well… Youssef Zidane and his Arab intellectual colleagues, who still think that the Gulf is just a few tents with goats around and Gulf people lie awake under the moonlight to rush on hearing about publications and award ceremonies, smiling at them without saying a word, continue to portray a distorted image despite their poetic sense.
They should know that the world has really changed and that Gulf people have become more confident of themselves and are on way to get rid of the oil complex!
It is about time that everyone looks around to know their real size and location on the world map before judging others around them.
New circumstances no longer allow for old Arab nonsense towards the Gulf. Those Arab intellectuals who believe in such theories and consider it to still be the basis of the relationship between them and the people of the Gulf, should reconsider their theories.
The Kuwaiti writer, Dr Mohammad Al Rumaihi, confirmed four decades ago that “the Gulf is not oil,” which is the title of his book. I now add, “Oil is not a disgrace.”
The writer is a journalist and columnist.

السابق You’re not there: here I am saddling the horse of my doubts
التالي دائرة الضوء؛ حكاوي وأخبار 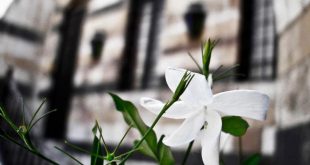