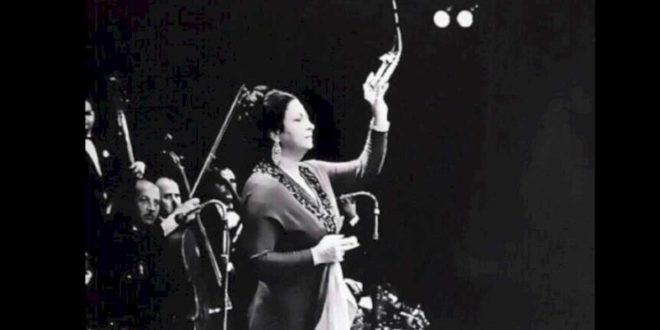 Coincided in a disjoin that became an oleander

At the sun set of a new freedom, and a disquieted echo

Of a suited bell of compliance to the valley of darkness,

Does the stage embrace a mountain of what Has been called a woman,

With inspired songs of olden beauty, presumptuously basil?! Her voice

Warns him, a deluge

“Faithfully, do you recall my heart’s bewilderment”

“What was?! Or do you recall the repetitiveness of

“What used to be”, will never return

Within us mutations of peace, comfort and adorned lamentations,

Or an un-kindled refuge of calm

Waters that mold into secure stillness, or un-scatter into terminal

In an era that languishes in governed emotional lamentation

His voice ceaselessly comes at us from recorders

Till we return the echo

An impressive and honorable scene (stage)

Neither the voice, nor the crowds arouse the origin

That awaits the holding release of country

The country that considers

Emanation of time, and is condemned since

Establishment and humiliated in spite of capacity (amplitude)

Suffocated between broadcasts, suffocated behind borders and she who hears the voice

“They once again remind me of you” Oh, drama (stage, scene)

“Have I forgotten you? Did I need their reminder? ..

Appearances in the expanse of long beautiful nights

Before the bruises of life’s reality

Shared between me and a country that rejects

The magnanimous rejection of threat

The refuge to tears and satisfies the renewed famished thirst

In submission to the dust of songs

And the hissing of burning winds

The passion within us, and the scattered sound

And become a nothingness

And the peacocks imprisoned illusionary feathers

Of a woman who assumes to be a woman

Slyness is usury adorned in spring

In an expansive era culminating in the expanse of Arabism

A Nasserite of time features

Whose blood we shared only to divide us

We disagreed about him, and of him

…but that was then

…but she is a woman

…but he is an impossible wind of sound

Before the origin of

?, Was he truly a reality

? How was he annihilated

His wings are a sound and a light, and we were glued together

And the sound of the recorder, how did we accept the path to

?, towards echo and darkness

It is impossible to say : It was before the origin

And the songs are long

Once gone, and the dream of our reality once

In the bosoms of youth, between the love of the days’ picture

..and the nearby reunion

The answer before the question is  unwanted:

The lover is not surprised

“?Is the wind truly triumphant”

السابق The Spell of the Blazing Tree
التالي You’re not there: here I am saddling the horse of my doubts